Sandra Singh is a conceptual portrait photographer living and working in Munich. We chat to Sandra about how she first got started in photography and how she loves using medium format to slow down her work and make it a more considered process. 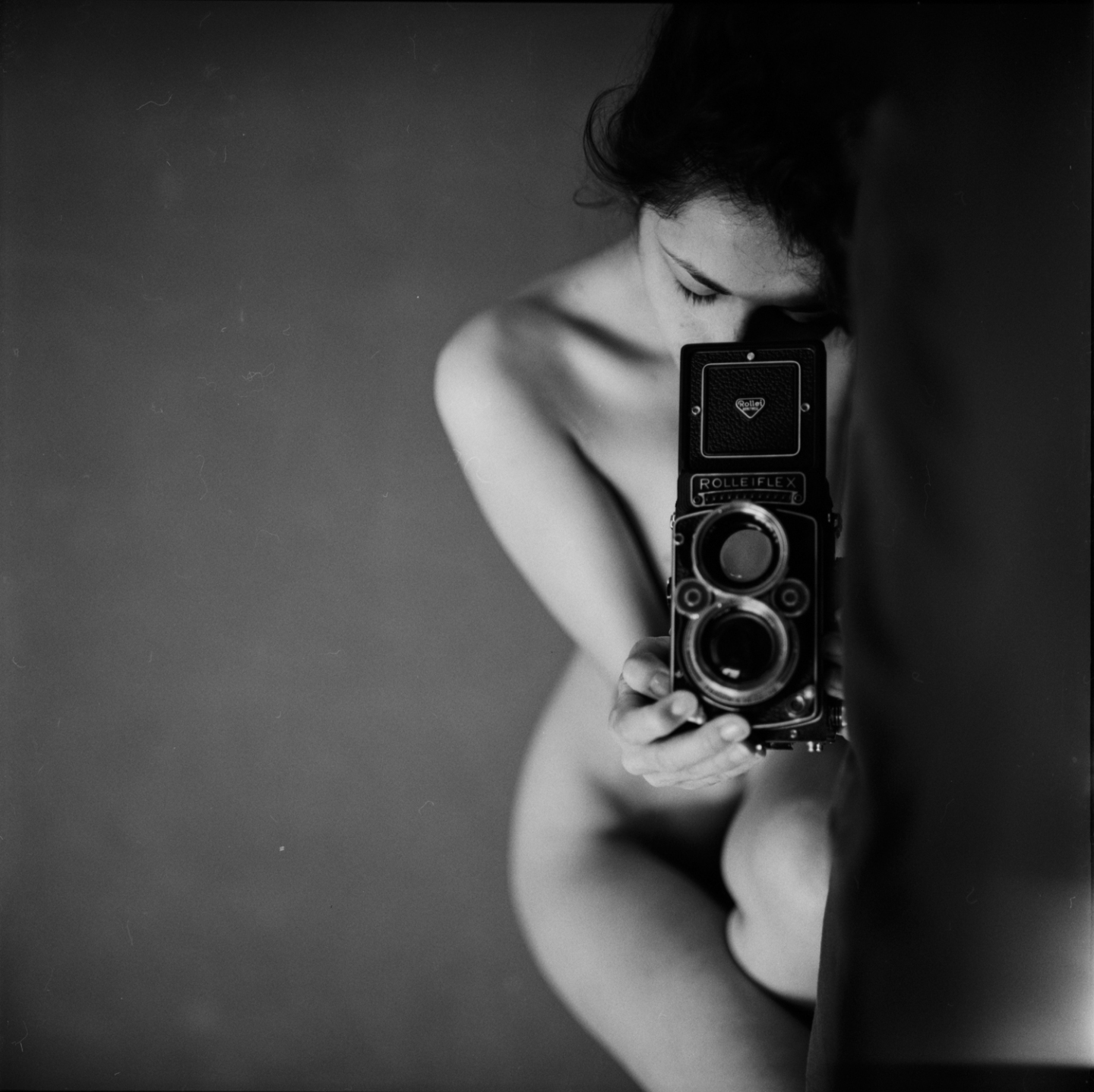 Why do you photograph? What first got you interested in photography?
Photography, to me, is a way to tell stories. I started out with illustration; all I ever wanted to do as a child and young adult was to draw and paint. After starting to study Design, I noticed that I was more drawn to photograph than drawing and now I haven’t picked up a pen in a long time. It was a slow transition, but now I don’t miss it anymore. Photography enables me much more precisely to tell the stories I have in my mind.

Do you think you have defined a personal style yet and, if so, how would you describe it?
I honestly think the question of personal style to be a bit difficult – it binds you down and hinders development. It makes people expect the ever-same of you. I’ve often heard young artists talk very proudly about their very ‘personal’ style and have a hard time to not shake my head. I love to experiment and never want to feel that I can’t take or show that shot because it’s not d’accord with my ‘style’. If I do have a personal style, then it happens unintentionally. Like everyone, I’m drawn to certain patterns and moments. I might stop and feel like “This is it!” and go for it. This might happen a lot in very similar moments, but these are the moments I feel most strongly for, the moments I want to capture and hold forever. I also believe that the look and atmosphere of my images is greatly influenced by the gear I use. I mostly work on medium format film, and am generally a slow shooter. I like to take my time and the big, cumbersome camera helps me to calm down, to hide behind it even, and photograph very consciously. It also seems to create a rather special moment for the subject in front of the lens. People respect that camera a lot, some are even a bit frightened by it and have to get used to it. We are both aware that every shot counts. The concentration and trust is high on both sides of the lens.

Your portraits contain a lot of drama; where do you derive the inspiration for your shoots?
Some of my shoots are planned, some happen rather spontaneously. When I meet up with someone I want to work with, I often have a certain image about them in my head, derived from the photos and messages we shared prior – and then I meet them in person and might start to feel completely different about them and about what I want to do. That’s the moment when everything goes overboard and I just go with whatever we have and feel in this moment. Occasionally I bring along some props and things I found and would like to use in one way or another. But mostly I ask the model what he or she would like to do and we go from there and develop our ideas together. It creates a certain intimacy and trust between the photographer and the subject. I believe that the viewer can feel and see these kind of special moments in the pictures and feel the tension of a person being engaged with the camera and moment. Even though the setting might not be ‘dramatic’ in a classical sense.

Which single image are you most proud of and why?
It’s hard to choose, as I have a special connection to a lot of photos I have taken recently. They all mean a lot to me. However, the portraits I took with young actors during a theatre festival in Munich this June are the ones I am most proud of in a professional way. I only had around a minute or two to take these portraits, working on medium format and, as usual, being my own assistant to measure the light and change the films. In an attempt to give a bit of concept to the portraits, I asked the actors to portray one expression that defines the character they play on stage. It was very intense and emotional. I still felt the tension when I went back home to develop the films. I only have one or two shots of each actor, but they all turned out wonderfully. 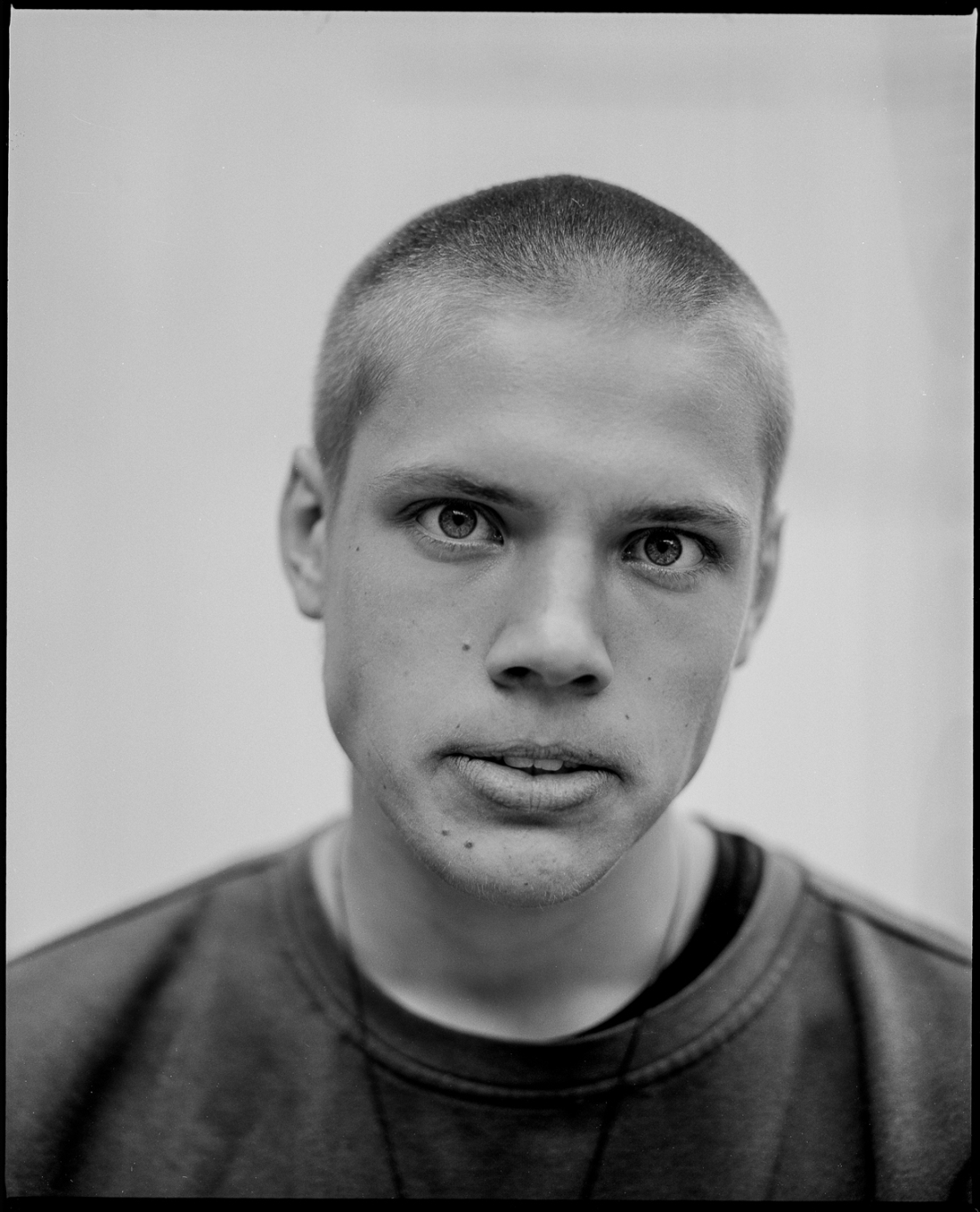 What is next for you? Are you working on any projects that you can tell us about?
I’ve just returned from a trip to Greenland. Even though I was only able to stay for a rather short time, I was deeply impressed by the people and their country. I’ve shot over 60 rolls of film there and it’s safe to say that this project will keep me occupied well into the next year! While I have been planning this trip for the last 8 months, and just returned from shooting it all, it’s hard to say whether I’ll be able to tell the story I planned – maybe it will turn into something completely different along the way. So far it’s safe to say that in the end there will be a book, as well as a short movie about contemporary Greenland and its way forward – told through the eyes of the people living and shaping its future.

See more of Sandra’s work at: 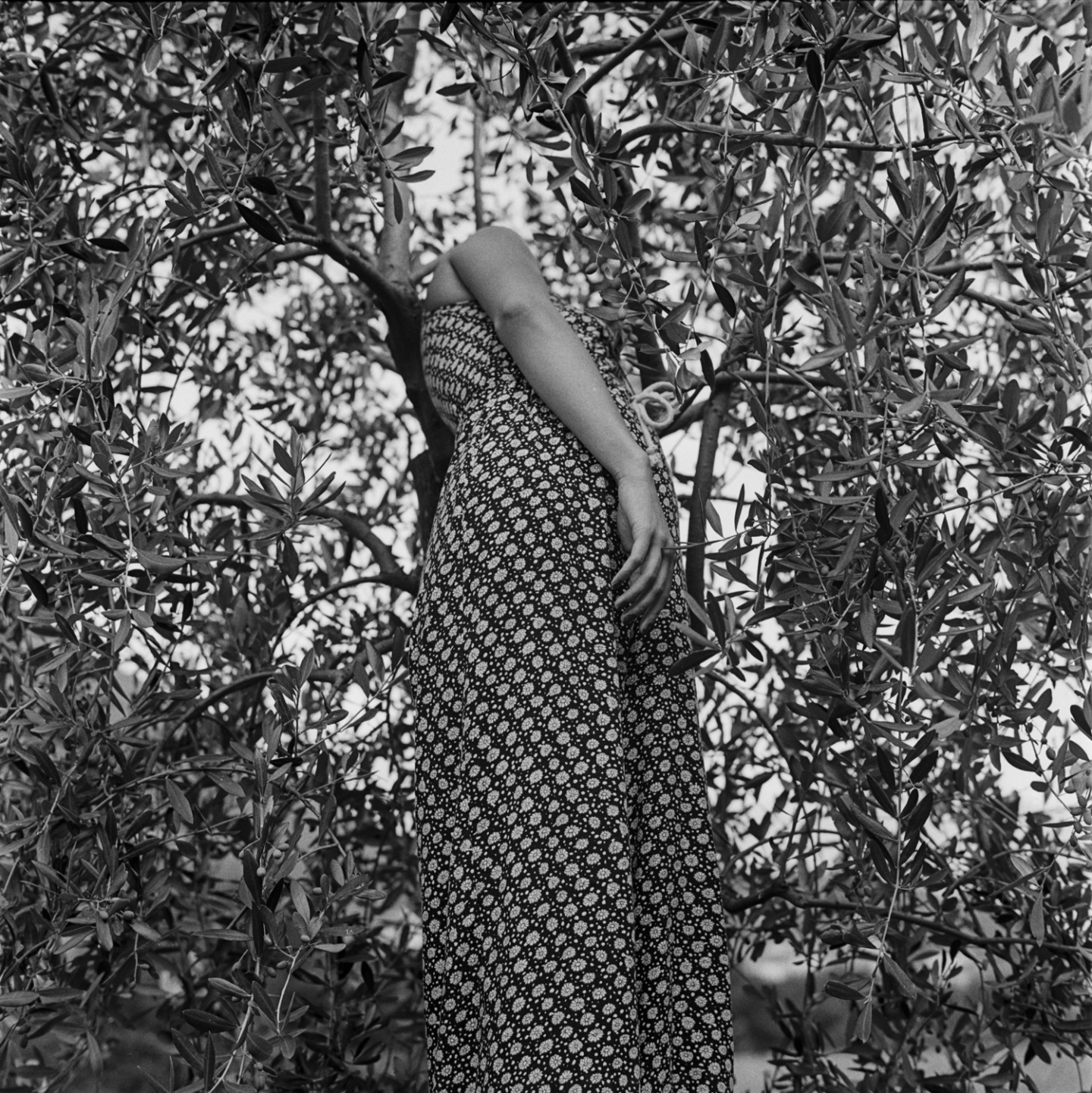 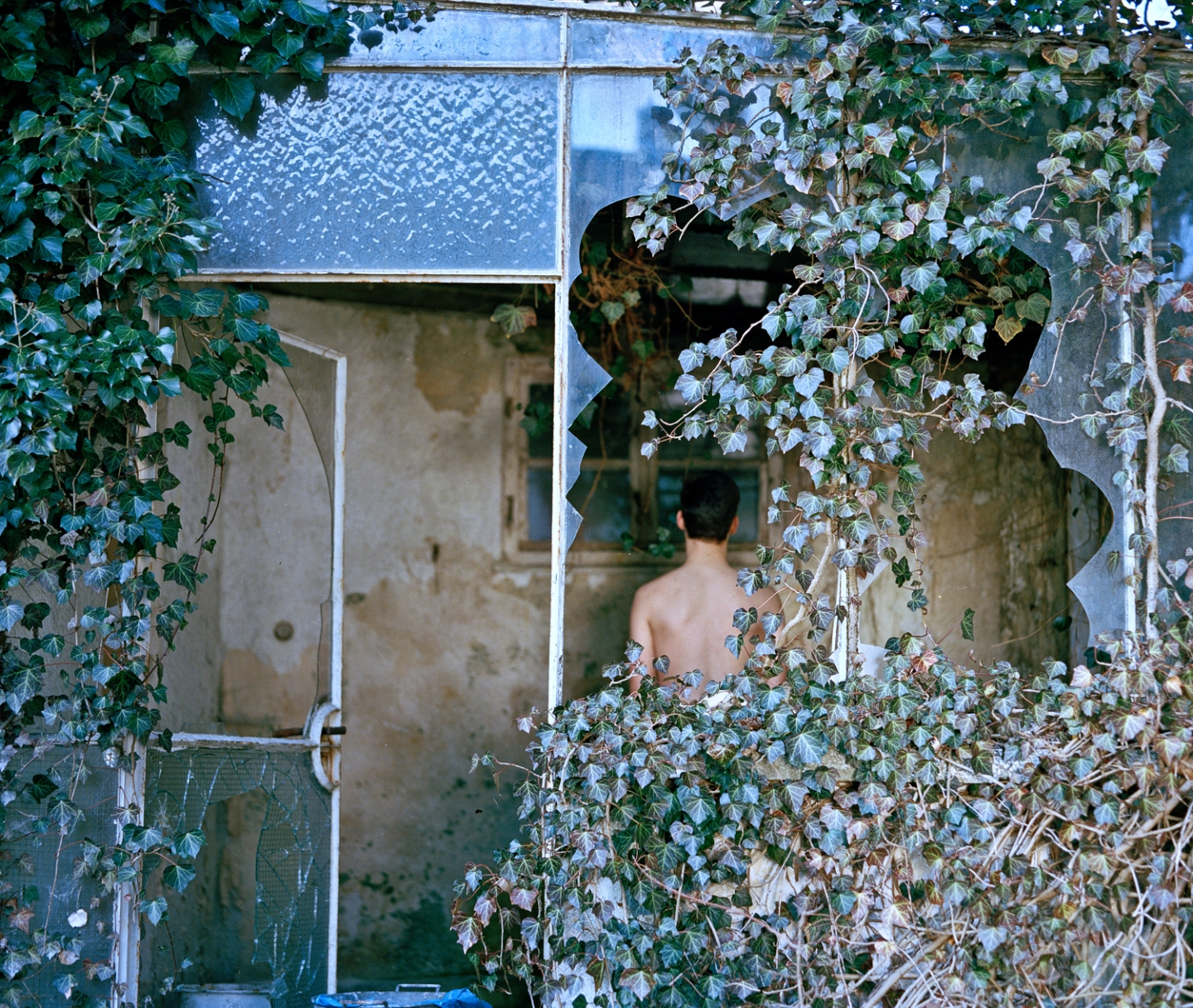 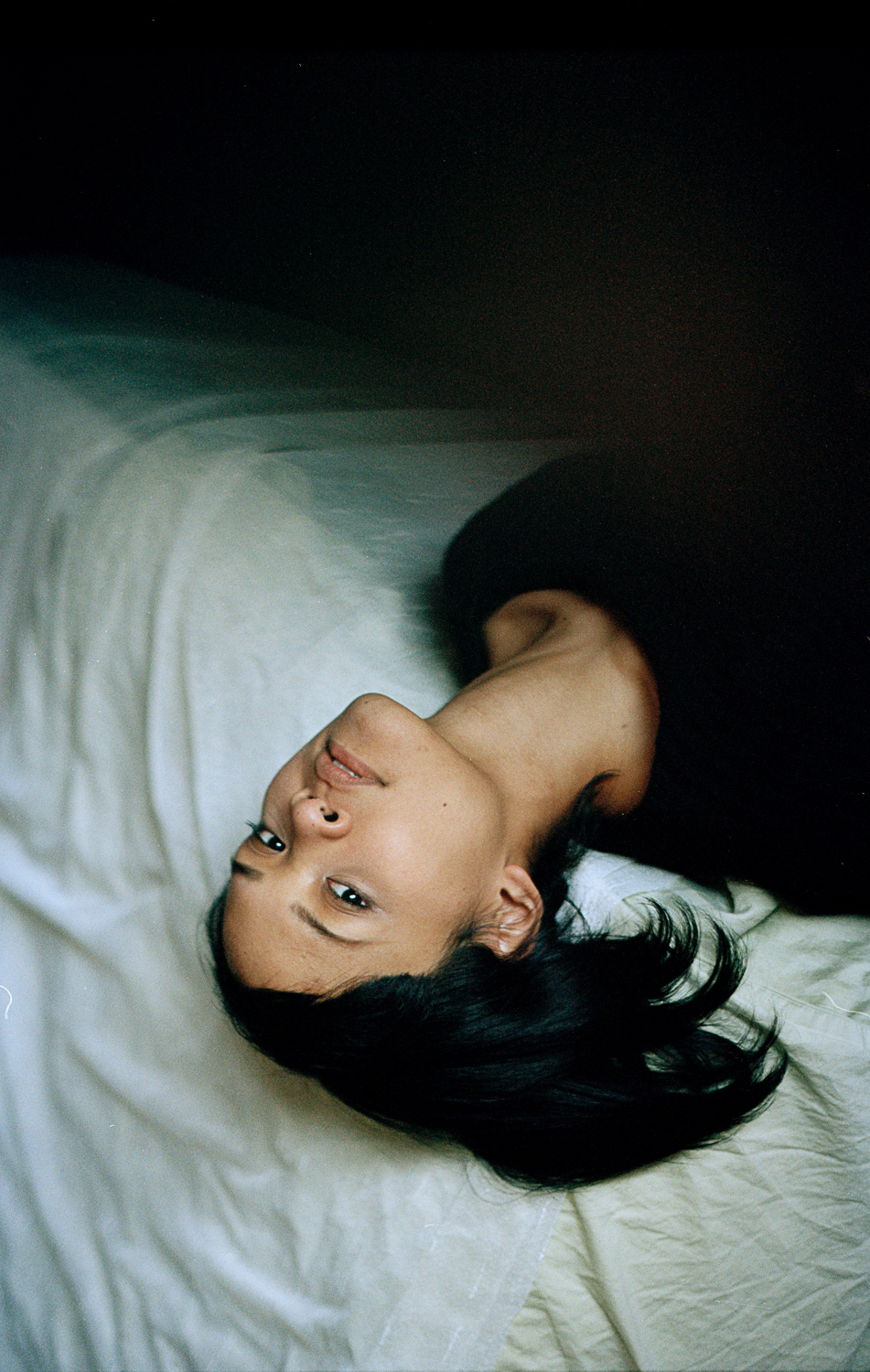 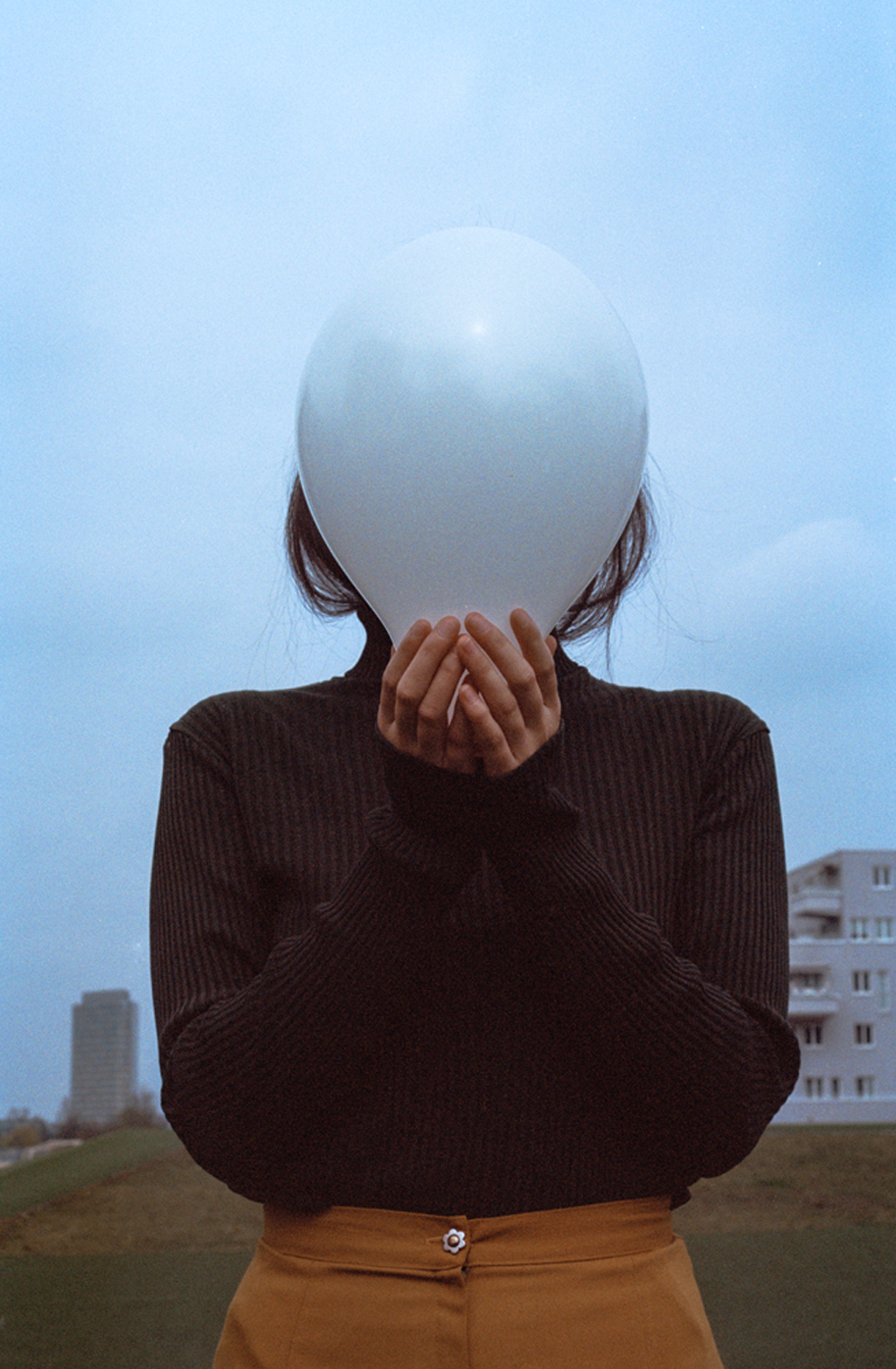 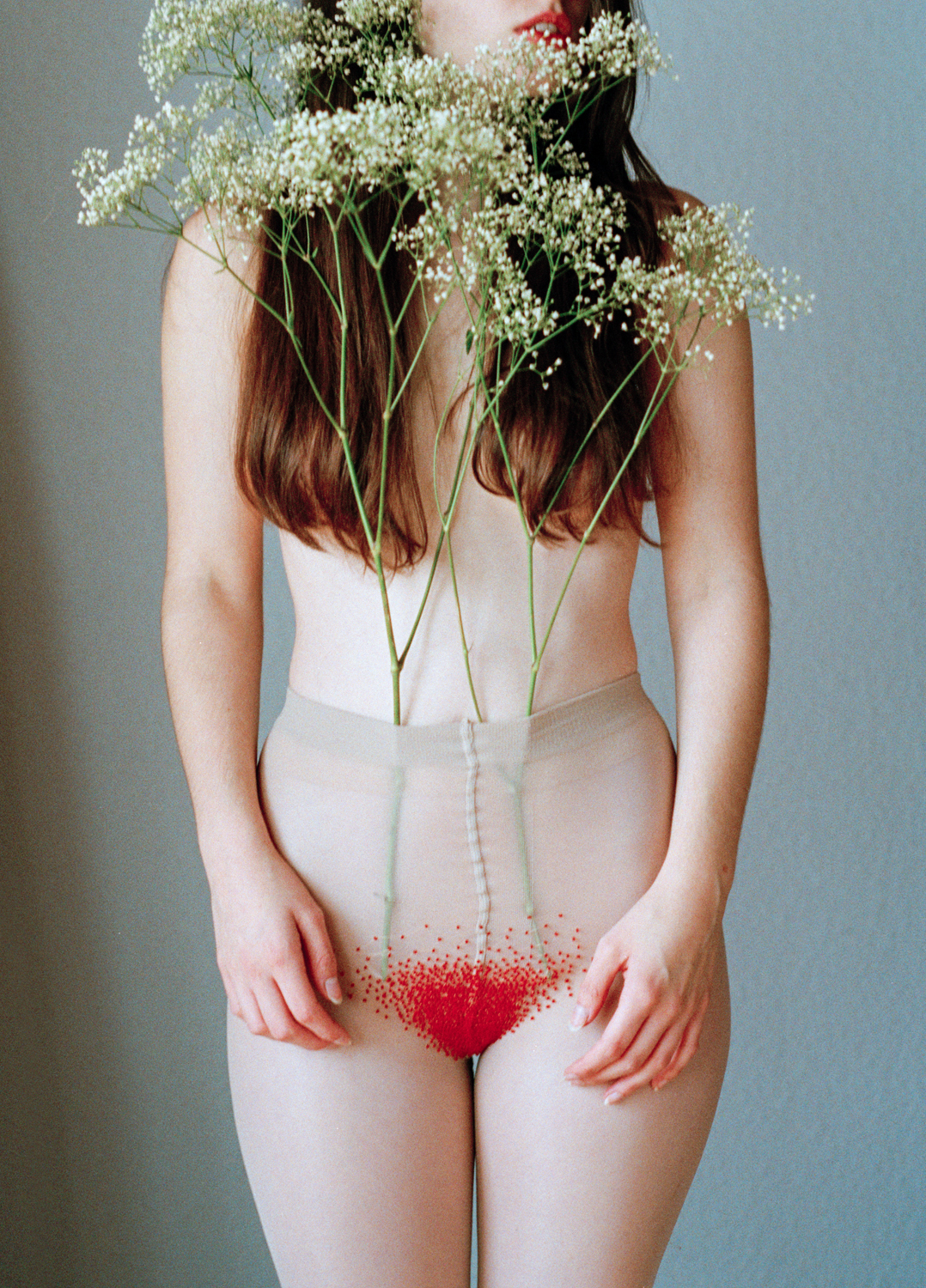 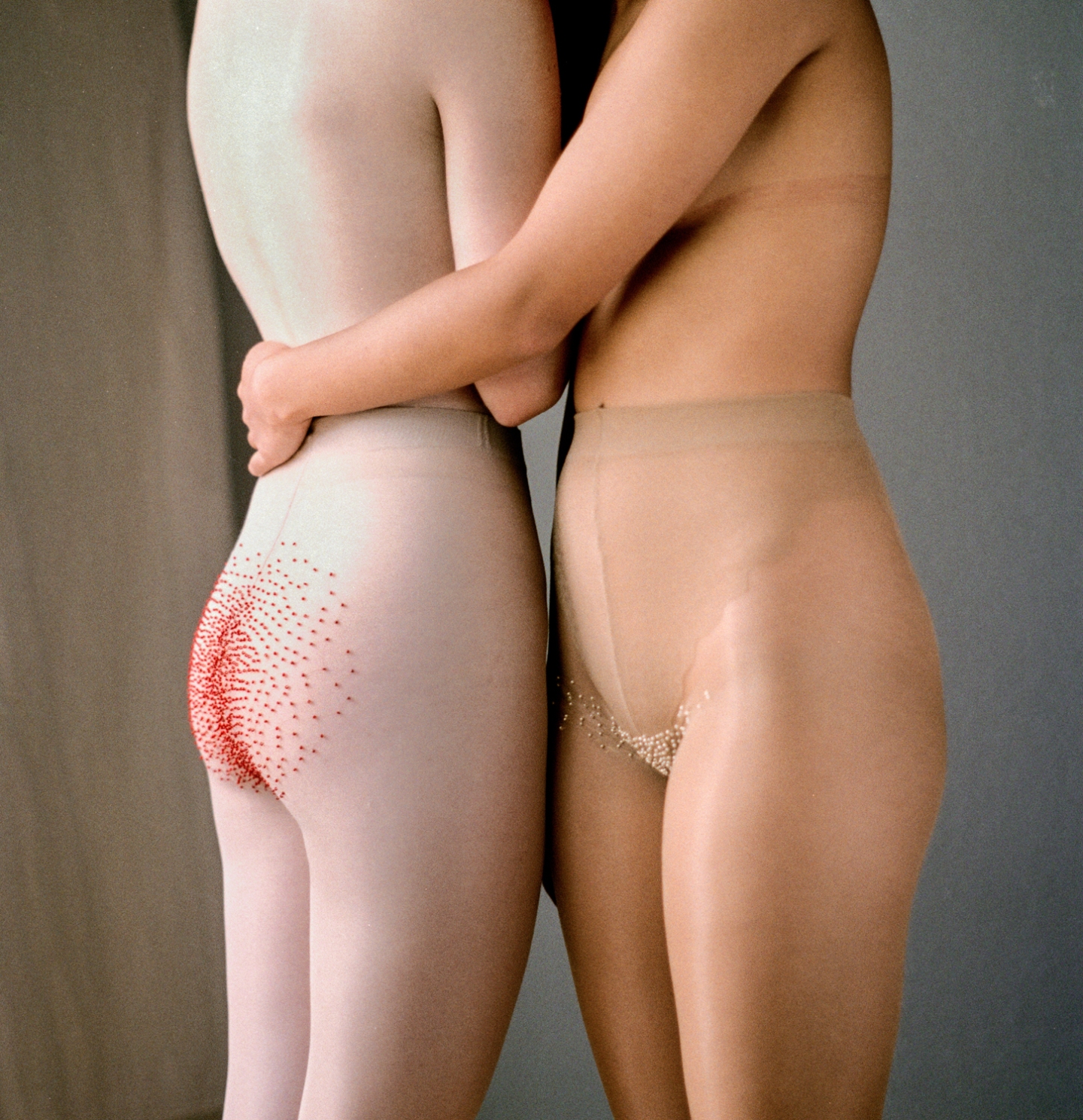 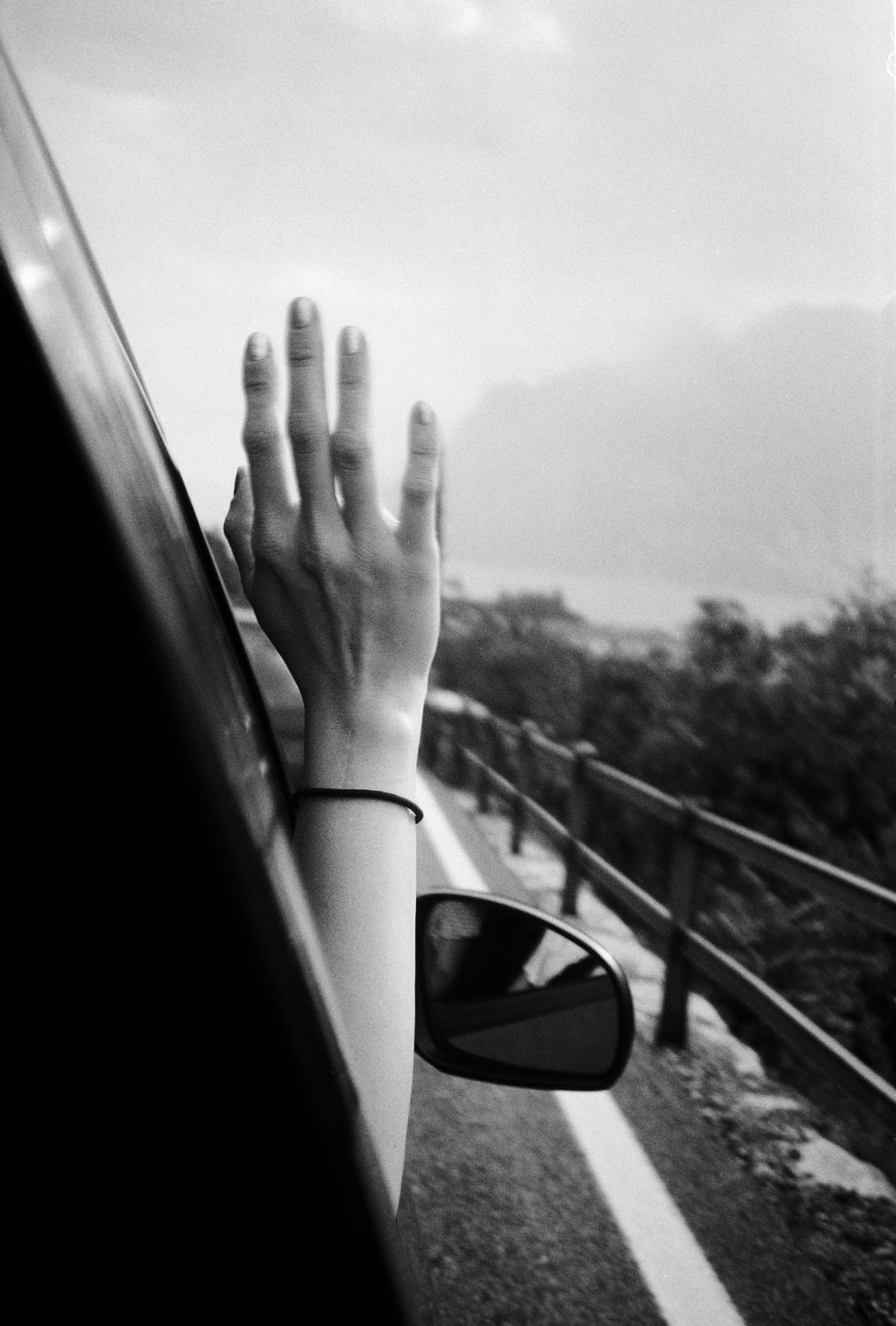 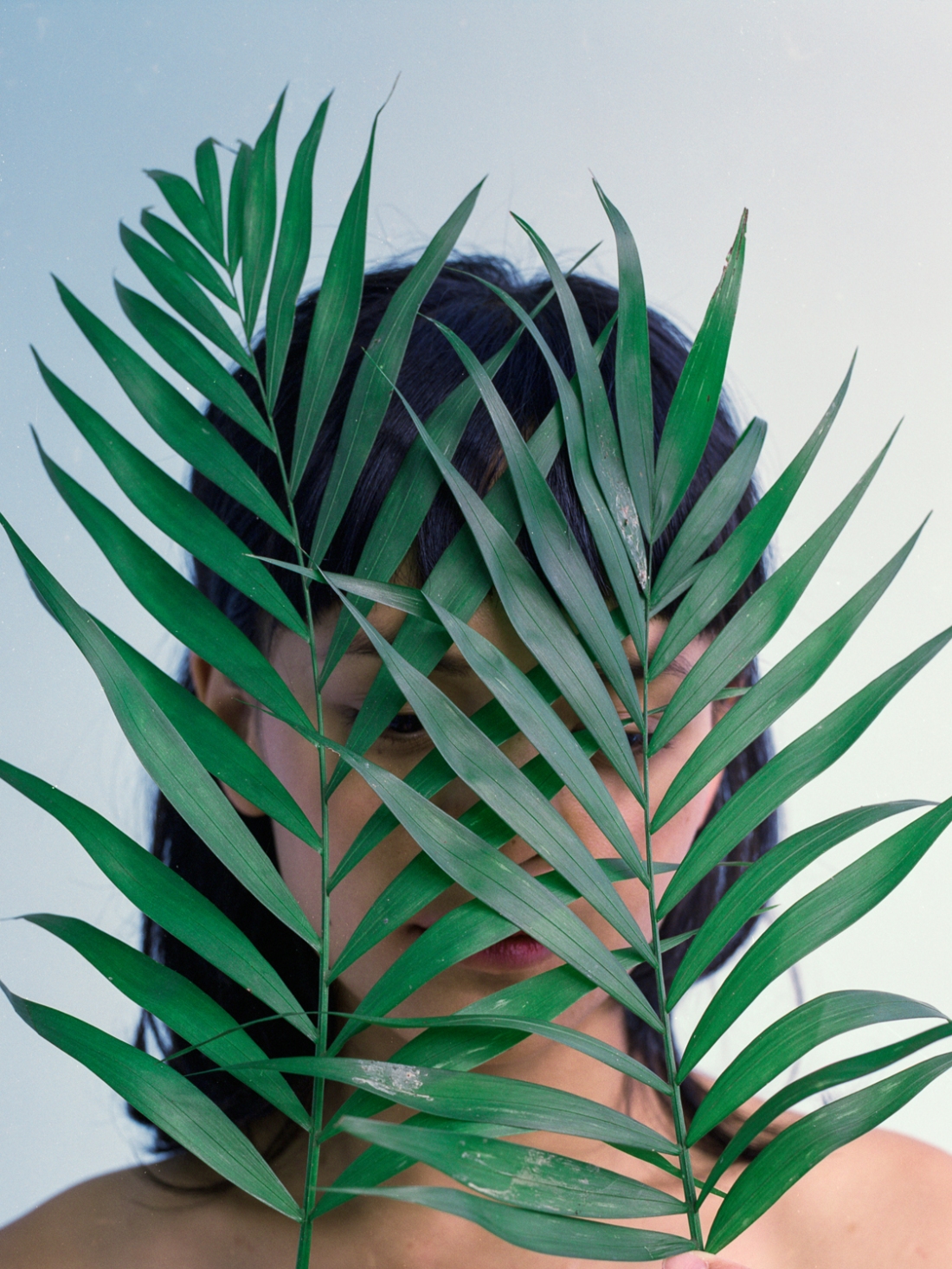